Cole has been competing in the sport of Squash at a high level for the last 14 years and recently started coaching. With his background in Sports Psychology, and numerous Provincial and National Championships, Cole has helped countless individuals reach their squash potential. A firm believer in fitness and health, Cole suggests everyone should take up the sport. Squash is considered one of the healthiest sports based on calorie burn, cardio endurance, muscular strength, muscular endurance, flexibility and low injury risk. 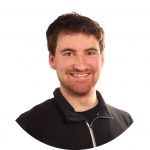 Squash is a fast-moving sport and an excellent cardiovascular workout. It’s a game that can be played at any age and is easy to learn. Unlike tennis, you have no time to wait for the ball to come back across the net. You are continuously moving around the court, switching directions, twisting and turning as the ball comes at you from all directions without a second of rest. You need not only speed, but agility, endurance, plyometrics, power, and hand-eye coordination. So for those of you who aren’t interested in running on a treadmill or stationary bike – come get on the squash court and have the best workout of your life! 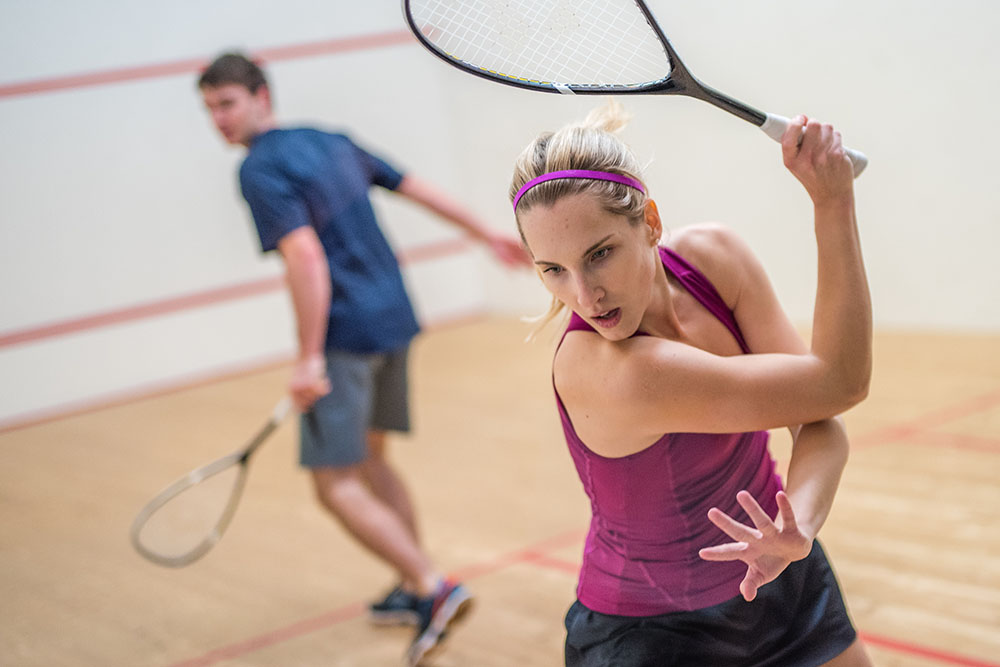 Ways to Improve your Length:

After you are able to hit solid length then you must learn how to attack off that solid length. The best way to attack is to play a volley. By playing a volley you decrease the time your opponent has to play his next shot. Too many “A level” players move to the T (the exact spot). However as you get to a higher level, the “T” is not a specific spot but rather a region. For example after you play a good, tight forehand drive rather than moving so one foot is on either side of the “T”, you should have your left foot on the right side of the T (you are closer to the right wall). There are two reasons for this. First, because you have hit a good, tight straight drive it makes it harder for your opponent to cross court the ball. Secondly, because your opponent cannot cross the ball, you want to shift over so you can prepare yourself for your next shot before they even strike the ball.

Although Doubles is a two person game, you always want to exploit one individual. I am not saying only hit to the weaker guy, but rather make one player move from the back of the court to the front within a couple shots. Most players playing doubles will play a good shot which forces the opponent on their side to be behind them. Now rather than playing a shot to the same side front corner, they hit the ball to the front cross court corner. This idea is great for singles however not so effective in doubles. Instead of making their side wall opponent run 45ft, you have hit to the other player allowing their team to recover. The best strategy is once you have your same side opponent behind you to play a reverse angle. This makes the ball stay way up at the front, making it the toughest short for your opponent to get too.

When playing a reverse angle make sure the ball bounces twice before hitting the second side wall.

If you’d like to learn more about Squash at Mayfair Clubs, email Cole at parkwaysquash@mayfairclubs.com for more information!

Benefits of Playing Squash for Kids