Dean Dwyer is 56 years old and has been a Mayfair Lakeshore Member for 4 years.

When Dean was a kid  – he was an incredible athlete. In high school, he participated in organized sports; he was a part of both the high school football & skiing team.  When Dean was only 15 years old, he placed 4th in OFSA for track in field in 1600m in high school.

However, when Dean was in his last year of high school, he was in a motor vehicle accident where he broke every major bone on the left side of his body. His leg was re-attached at his foot and knee and he was in rehab for 3 and half years. He had to re-learn to walk and even talk again. The doctors told Dean that he would never work again.  But Dean wouldn’t listen to the doctors. He knew he could regain his mobility and ability to speak again. Through hard work and extreme dedication – it took Dean 10 years to get back to work but eventually he became one of the top 3 salesmen at a downtown Toyota car dealership.  25 years in a row! In addition to working, Dean continued to keep fit by swimming and cycling.

Not only did Dean beat the odds of his injuries, by learning to walk and talk again – he also went on to participate in the Paralymics. He won a gold medal at the 1988 Séoul Paralympics in the 50/60km – Men’s Road Cycling event. In 1987, he was the Canadian champion in downhill skiing and Sportswriters & Sportscasters disabled athlete of the year in 1987. He also won Silver medals in the 1984 New York/Stoke Mandeville Paralympics in the 1500m and 5km Men’s bicycling. Check out his official Paralympic profile here.

What Does Dean Do At Mayfair?

Currently Dean uses the pool when he is here, his exercise consists of walking in the pool, and he has been doing this for just over 3 years. He has a fully equipped gym at home where he does most of his workouts. His home gym consists of a universal weight machine and 5 cardio machines. He does weights 3 times a week and cardio 5-6 times a week, each work out is 2 hours a day on average.

“Life begins and ends when you decide.”

“Never let anyone set your limitations.”

“The best times of my life was when I was either going down a hill at 80km/hour or racing down a road at 80 km/hour.” 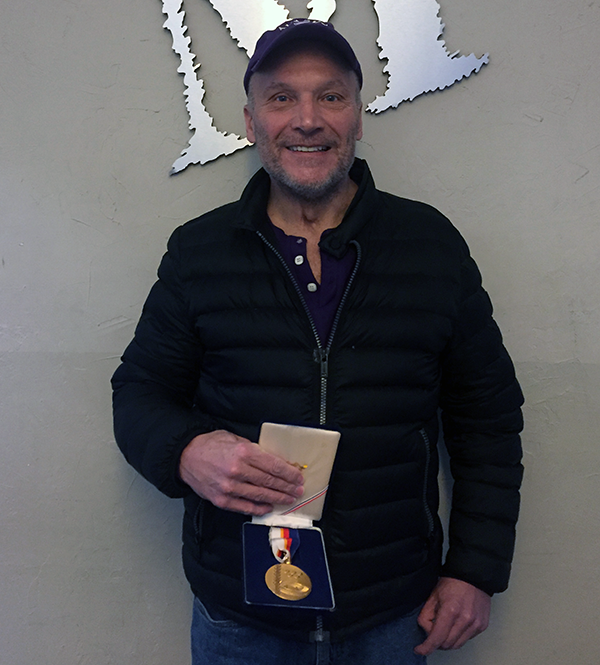