The Tournament of Champions was a huge success this past weekend. We had an incredible time with a full day of competition and a celebration to remember! We had 149 entries and 138 Mayfair member players took part in the event. Be sure to see the photo album from the event up on our facebook page!

Congrats to all the members who competed in the Tournament of Champions and to Mayfair Parkway & East for taking home the Championship Cup!

Results are as follows:

There were nine categories in all and Mayfair Parkway won 8-1. The last singles match was between junior international player Elliott Hunt from Mayfair Parkway, who was just selected to represent Canada in the upcoming Junior Pan AM Games in Brazil, versus Lakeshore Squash Pro Sudharsan Iyyandurai “Sud” on his birthday! It was nice to end the day with such a high-level match between two home grown players! 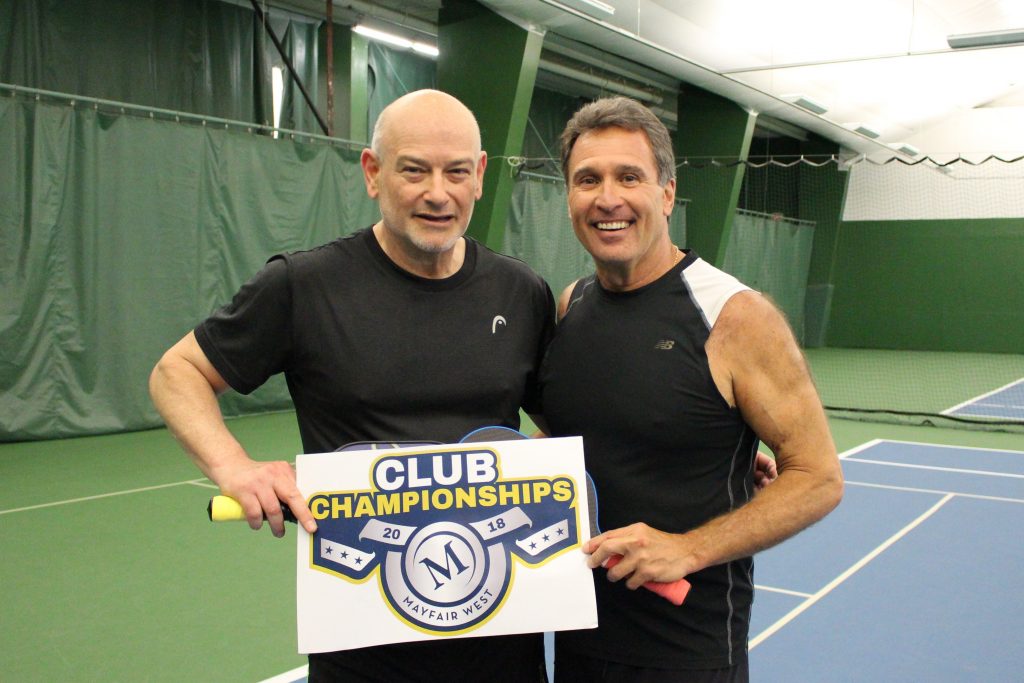 Back
Learn More about Mayfair